When I found this on youtube I didn't believe my ears. Or eyes. It's a cover of Style Of Life's song "Revolution" from 1983. First recorded on the Fostex 4 track portastudio in synthplayer Christer Jonsson's family's garage. I wondered how on earth someone found it?! It was on about 50 demo casettes (remember the compact cassette anyone?) and performed live between 1983 and 1985 at gigs at the Pacific Club and Folkets Hus in Östersund. How on earth could anyone remember this?

Well, it is a quite nice song. But after some googling I found out: The WI in WIWA is none other than Michael Winton, the drummer from Style of Life. Pioneering the very first DDrums btw. The Wiwa website is here: www.wiwa.se
Upplagd av Anders kl. 21:36 3 comments:

Maxwell Jackson feat. AlleyCatz- Let The Right One In

Chck out my brother's new band! 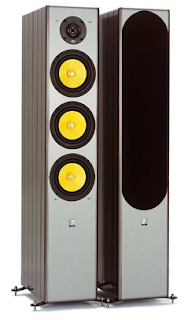