Second sidecar for the Zebra modular

The modular synth that should never ever grow has grown again, with yet another Doepfer minicase. 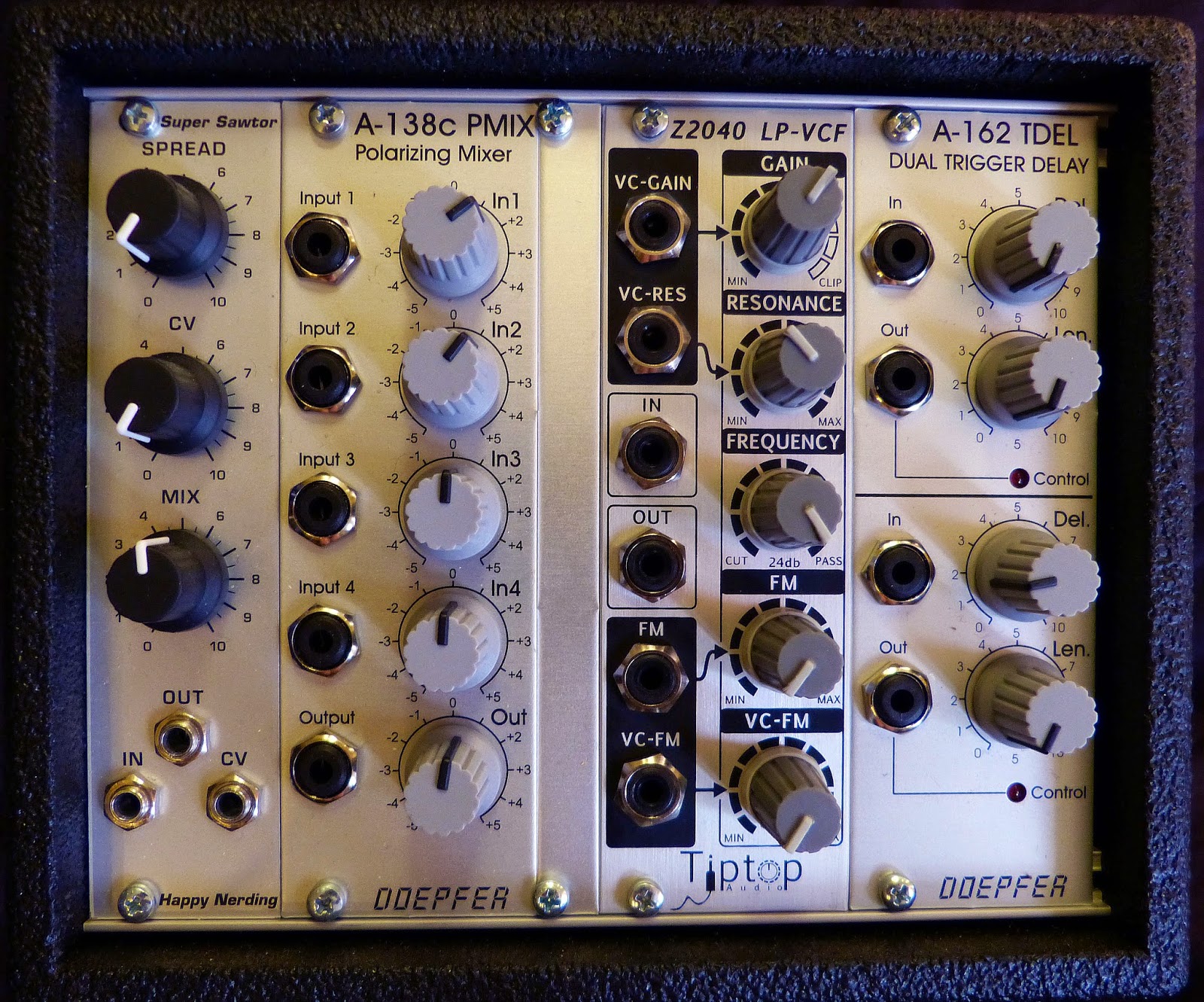 Annoyingly I had the Doepfer A-162 dual trigger delay in a drawer. Make Noise Function in the first sidecar works as a dual trigger delay, but usually I want to use that module as envelope. It can do both, but only if the delay times are equal to the envelope times. Function is also the only cv controllable envelope I have. For complex cv you need to control when things start. Ergo I needed the Doepfer trigger delay in a more useful place than in a drawer.

I also had done the noob:ish mistake of having too few mixers. Those boring utility modules you don't realize you need until you are short of one. Since the Doepfer A-138c polarizing mixer is one of the most flexible and very affordable I settled for another one of those.

But what made me build another sidecar is the Happy Nerding Super Sawtor module. It's like "supersaw" on a Roland VA synth, but analogue and even better. Controlling the spread with cv is amazing. Then I had ten HP space left. And wanted another vca, a filter and an audio mixer. Frequency Central Vougue and Electro Cardiogram do all, but I didn't really want a "quirky" vca. I had to skip the mixer and went for the TipTop Z2040. This is not the SSM 2040 circuit though, it's a discrete construction following the patent. I have several synths with the similar SSM2044 (Kort Trident, Mono/Poly and Kawai K3). TipTop Z2040 is improved compared to the original. The original lowers the total volume much as resonance is increased, keeping distortion low. The TipTop filter can mimic that, but also has a mode around zero on the gain knob where the volume is compensated as resonance increases. Above zero gain Z2040 has a pretty fat overdrive. The vca can be placed controlling the gain or after the filter with jumpers. I'm using it after the filter.